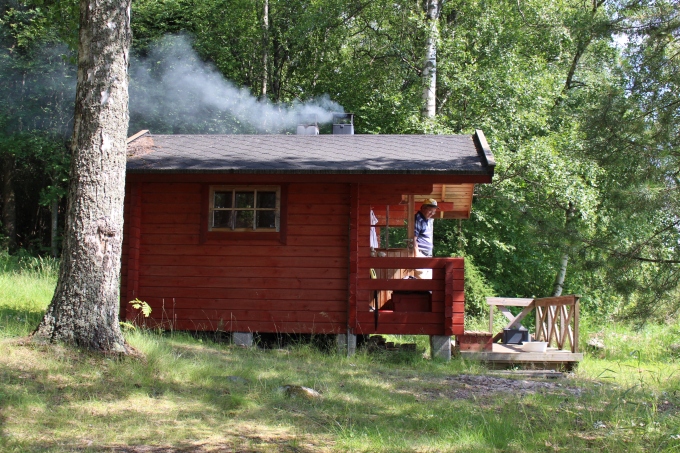 I should probably begin this post with saying that most of the things that I will be posting on this blog in relation to my military service are going to be incredibly vague for two reasons. Firstly, it’s the army. They have this weird fixation with national security and keeping things secret. Secondly, having now served in the army for a grand total of two weeks I have realised that the sheer amount of things that we do there means that in order to write anything shorter than a novel every couple of weeks I will have to be vague about things. Turns out soldiers are very busy people. Who knew?

It’s funny how quickly your life can change. You can wake up in the morning feeling well rested and cheerful, optimistic about the day ahead, and by the time your head next touches a pillow you can be absolutely terrified. This is, in essence, how I felt on my first day.

With hundreds of young people arriving all on the same day from all over Finland, and the world in my case, it is incredible that in just a few hours every single one of them can be put into the correct room with their respective mountain of equipment, having gone through a security check, a brief interview, and several forms. It was quite easy therefore when I arrived to simply disengage my brain and move along the conveyor belt, occasionally asking for a translation from one of the officers. Obviously the monolithic conrete slabs of buildings and the big scary men in green camo with their sniffer dogs does not make for a particularly cozy and welcoming atmosphere but all I had to do was follow the line of people as it made the slowest meandering journey ever through the base.

This was all fine. Even lugging the bag (which was remarkably similar to the ones they use to transport gravel both in appearance and weight) up the stairs was fine. The panic set in when it came to putting everything into my 7 and a half foot locker on the first night. Opening the bag up I realised that the army likes giving everyone 5 pairs of the exact same item of clothing, each one with the slightest difference but yet is to be used in radically different situations. For example, I think I have 7 different types of green camo jackets, each for a different purpose and with only 4 coat hangers on which to put them. It was at this point, after about 30 minutes of half filling and unfilling my locker, that the bullet point list I made of all the reasons why this was a stupid thing to do all hit me at once like a massive tidal wave of “Oh crap, what have I done?”

Fighting back tears (yes, I almost cried over not being able to put clothes in a locker) I managed to ask an officer for help and within the hour my locker was full and the gravel bag was empty. This has been the biggest thing I have learned so far: the importance of asking for help. At home, at school, and for virtually everything I have done so far in life it has never been that necessary for me to ask for help regularly. I like to think I am a fairly independent person and therefore if something is wrong I can figure it out myself. The problem is I am now in a country where everything is in another language, doing something that I have no prior experience of. The “I’ll figure it out” mentality no longer applies. This has also meant sacrificing some of my natural British “grin and bear it” instincts and overcoming my innate British repulsion at the idea of talking to strangers.

So the first couple of days were rough. Really rough. Not physically but mentally and emotionally. I was suddenly one thousand miles from home and a hundred miles from the nearest people who even knew my name without looking it up on a piece of paper. I was surrounded by 13 strangers in a strange room who were all speaking a language I couldn’t understand, following orders I couldn’t understand and asking me to do things that I didn’t understand. I’ve never experienced anxiety like that in my life. It was a physical pressure in my chest. A churning mass of panic and tears threatening to bubble over at any moment. And the worst part? Knowing that I was only two days in with months and months of it ahead of me.

My coping mechanism for all of this panic initially probably wasn’t the best. I decided to switch off to everything around me. I wouldn’t think about what we were doing, where we were going, who everyone was, or what people were saying. Instead I just existed. Occasionally I would think about home or friends or family but when I did it was always in the future tense: what they would look like when I next see them, what we would do when I get back, et cetera. Eventually the anxiety died down a bit. I started to find comfort in doing the things I understood like making the bed and standing in formation and so my focus moved towards doing them well. I may not have understood what was happening but I wanted to have the neatest bed in my room, to be stood up the straightest outside, to be the most in time as we marched.

That has been my rock for the last two weeks: doing things well. If I get something wrong once I will never do it wrong again. It has been this desire to do well that has actually led me to start to enjoy life in the army. When our beds were inspected before I was terrified that I would get in trouble for folding a sheet wrong but now every inspection I am stood to attention hoping to hear the soft grunt that Finns emit when they are impressed by something. At the shooting range I am not scared I’ll miss the target but trying to hit as many bullseyes as I can to get a quiet “good work” from an officer. If I can’t win people over with my language then I will do everything in my power to win people over with my actions.

And, like I said, I am enjoying it now. I think. I ran the Cooper test yesterday and got a respectable 2725m in 12 minutes, next stop 3000m. I went to the shooting range the other day and managed to hit a 10 and four 9s at a range of 150m. I can now make my bed in about a minute and I try to polish my boots in the basement of our barracks on my own every night. When I got my boots they were old and tattered, the toes were scuffed and a dull blue colour but by the end I want them to be two black mirrors on my feet. I now also know all the Finnish commands when marching in formation and can execute them without thinking anymore. What I am trying to say is that through working hard and trying to do well I have improved enough that I feel like a proper soldier. The divide between me and “them” is gone.

It has also given me more confidence socially with the other guys. It has got to the point where I would now describe several of them as my friends which I thought was a million miles away when I first started and saw everyone happily talking without me. I’ve realised that asking the other guys for translations of things doesn’t drive people away from me because it makes me look weak but instead is the start of a conversation with them. It turns out a lot of the guys here even prefer speaking English. Oh and being British helps with socialising. Now I am the interesting foreigner from a world famous city. I am one of the people who voted about the Brexit. I am the guy who has first hand experience of life in another country. The guys in the room across the hall from me even invited me over the other night because they were making tea and heard that I was English.

There is a mentality here of “we’re all in it together” which I never really understood properly until I was the one that needed help. Group mentality isn’t about everyone doing the same thing together. It isn’t built on the idea of everyone having equal footing and catering to everyone’s needs equally, it is about the opposite in fact. Teamwork is stretching out a hand to help someone up and expecting nothing in return. It is about helping for the sake of helping, complimenting people and being proud of other people’s achievements like you would be proud of your own. It’s the recognition that you are not an individual anymore. By that I don’t mean you lose your individuality, I mean you find a place for your individuality in a patchwork of other people.

Obviously, it has only been two weeks. They have only just started pushing us physically and I know that I still have a big mountain to climb over the coming months. For now though, the waters are fairly still. I’ve gone from thrashing around in them, to treading water. Now I’m starting to swim.